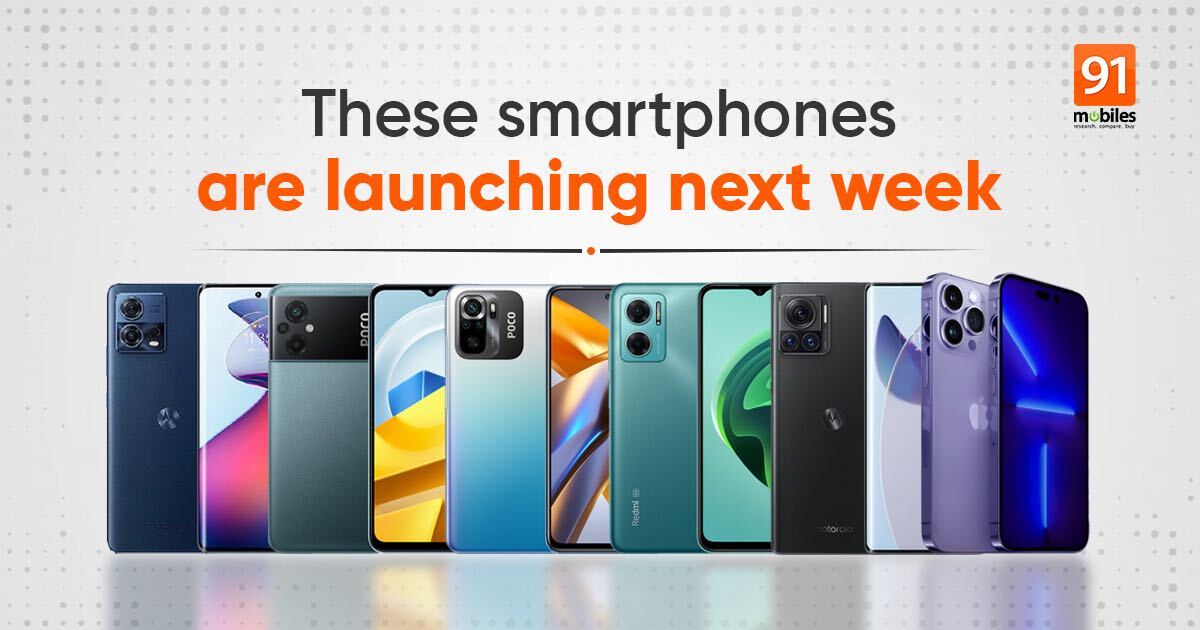 September has finally begun and with it, we can expect a batch of smartphone announcements like never before. We will be welcomed by the highly anticipated iPhone 14 series, which will debut at the “Far Out” event on September 7. This is the most exciting announcement of the month. This will be followed by a host of other launches from other brands such as Motorola, POCO, Redmi and even Huawei. These ads should keep the tech world busy and excited.

Here’s a closer look at the phones and their specifications that will be launched next week. Let’s get started. 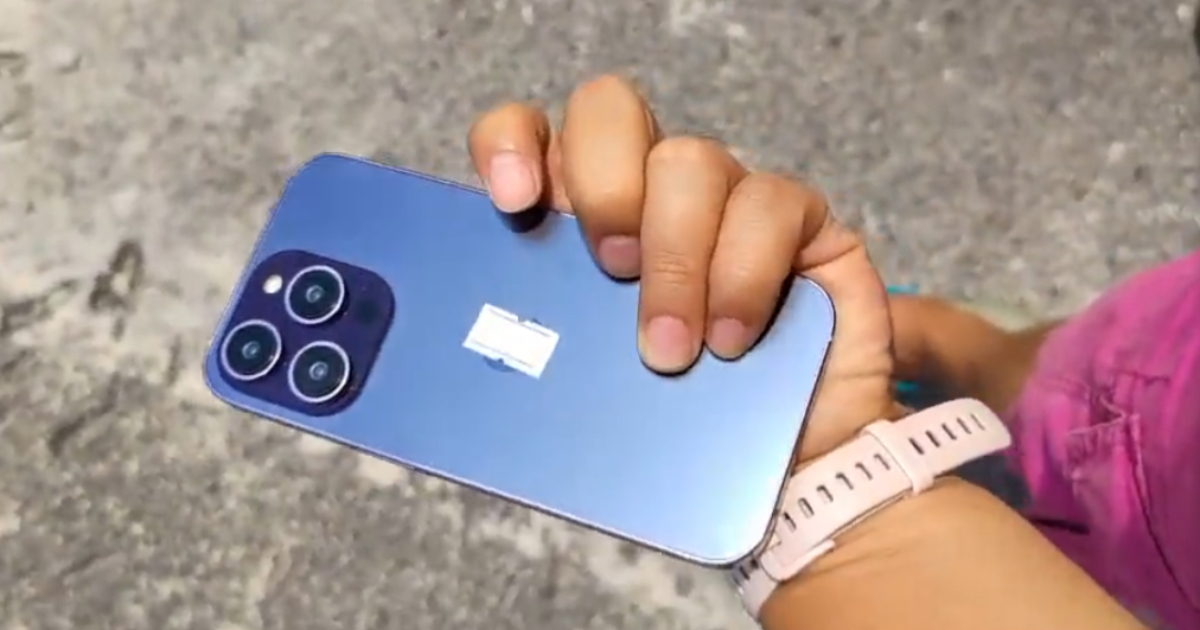 Pro models will arrive with a new performance-improving A16 chipset, a 48MP primary camera, and there are rumors we might see a little fast charging support. Speculation is rife that Apple may drop the 128GB storage version for the 256GB model. If the rumors are to be believed, the iPhone 14 Pro and Pro Max will get a new punch-hole dial design for Face ID and front camera sensors. Chances are we’ll get a slightly larger capacity battery. 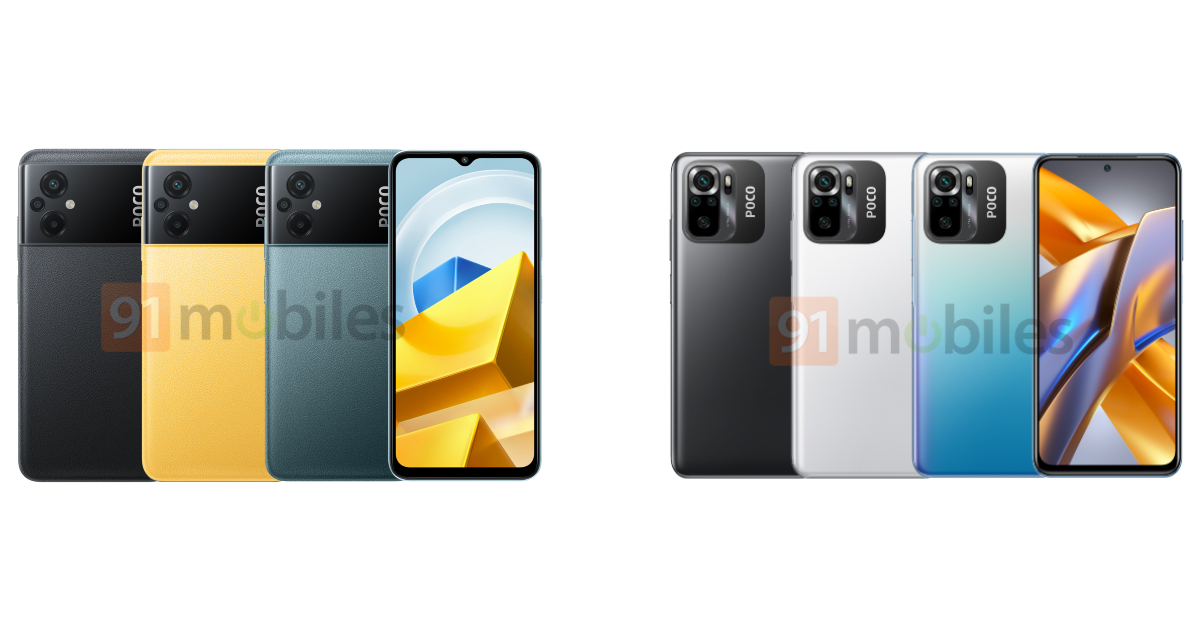 The Poco M5 And the Poco M5s It is scheduled to launch globally on September 6th. However, the company will unveil the POCO M5 in India on September 5th. It arrives as a successor to the POCO M4 and should bring some notable improvements. The POCO M5 has been confirmed to be powered by the MediaTek Helio G99 chipset and will pack a 5,000mAh battery which may support fast charging. The phone will arrive with triple cameras on the back and a 90Hz refresh rate. The phone will have a leatherette finish on the back.

The POCO M5s, on the other hand, will come with an AMOLED display, a hole punch in the middle, triple-camera sensors on the back, and stereo speakers. POCO M5s will be sold in black, blue and white color options. However, the rest of the specs are under wraps, for now. 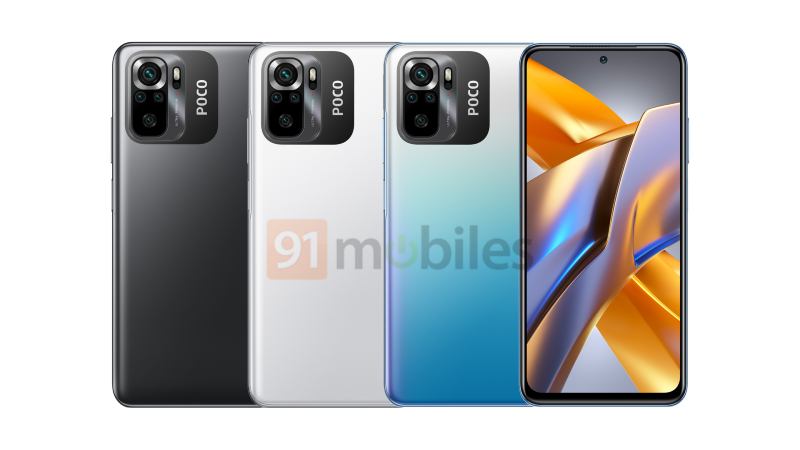 The Redmi 11 Prime 5G and the Redmi 11 Prime 4G launch in India on the 6th of September as the successor to the Redmi 10 Prime. The former is likely to be the rebranded Redmi Note 11E that debuted in China, while the latter is expected to be similar to the POCO M5. Phone specifications may be similar. 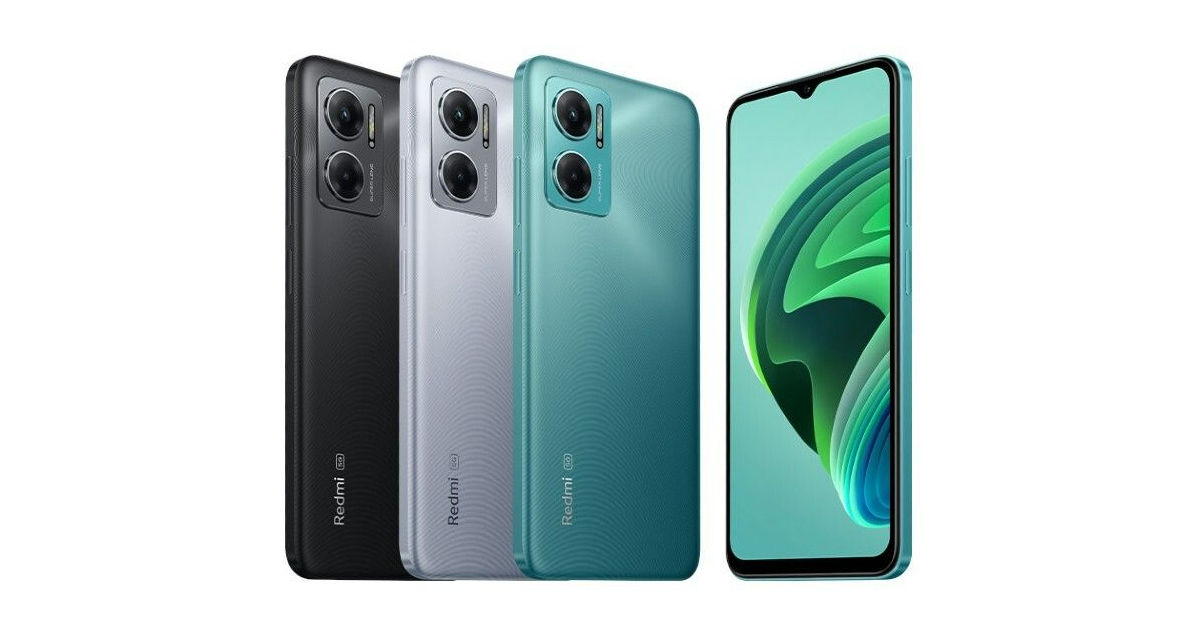 This means that the Redmi 11 Prime 5G will have a 6.58-inch FHD+ IPS LCD display with a 90Hz refresh rate. It will be powered by a MediaTek Dimensity 700 SoC coupled with up to 6GB of RAM and 128GB of storage. It will likely run Android 12 OS with a custom MIUI interface out of the box and packing a 5,000mAh battery with support for 18W fast charging. Connectivity features include 5G and 4G, dual-band Wi-Fi, Bluetooth 5.0, GPS and a USB Type-C port. Moving on to the optics, the Redmi 11 Prime will have dual cameras, with a 50MP primary sensor paired with a 2MP depth sensor. The phone will have a 5MP camera on the front for taking selfies and video chats.

The Redmi 11 Prime 4G could be the same as the POCO M5 which will be launched in India on September 6. You could get MediaTek Helio G99 chipset, 5000mAh battery and 90Hz refresh rate.

Moto India has scheduled an event on September 8th, where it will launch the Moto Edge 30 Ultra and Edge 30 Fusion. These are said to be trademarks of Moto X30 Pro and Moto S30 Pro debuted in China Last month. Moto Edge 30 Ultra will be the first phone in India to come with a 200MP camera sensor on the back and it will arrive with Snapdragon 8+ Gen 1 chip. 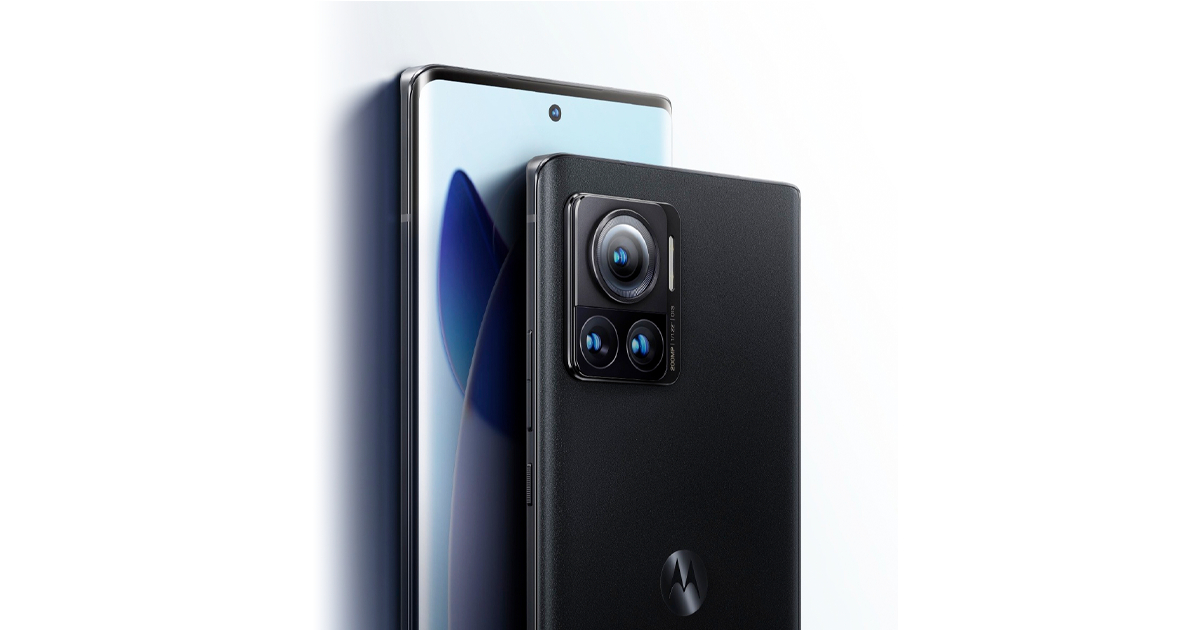 Moto Edge 30 UltraThe Moto Edge 30 Ultra features a 6.67-inch Full-HD+ OLED display with a 144Hz refresh rate and a hole punch for selfie. It is powered by Qualcomm Snapdragon 8+ Gen 1 chip with Adreno GPU for graphics, up to 12GB LPDDR5 RAM and 512GB UFS3.1 storage. The phone runs on MyUX running Android 12 out of the box.

Moving on to the optics, the Moto Edge 30 Ultra will have triple cameras, with a 200MP primary sensor 16-in-1 pixel binning, OIS, and 8K video at 30 fps. The primary camera will be paired with a 50MP ultra-wide-angle lens and a 12MP telephoto sensor. There is a final 60MP camera on the front for selfies and video chats.

The Moto Edge 30 Ultra has a 4,500mAh battery with support for 125W GaN fast charging. Connectivity features include 5G, 4G, Wi-Fi 6E, Bluetooth 5.2, GPS, and a USB Type-C port for charging. There is a fingerprint sensor in the screen for security. 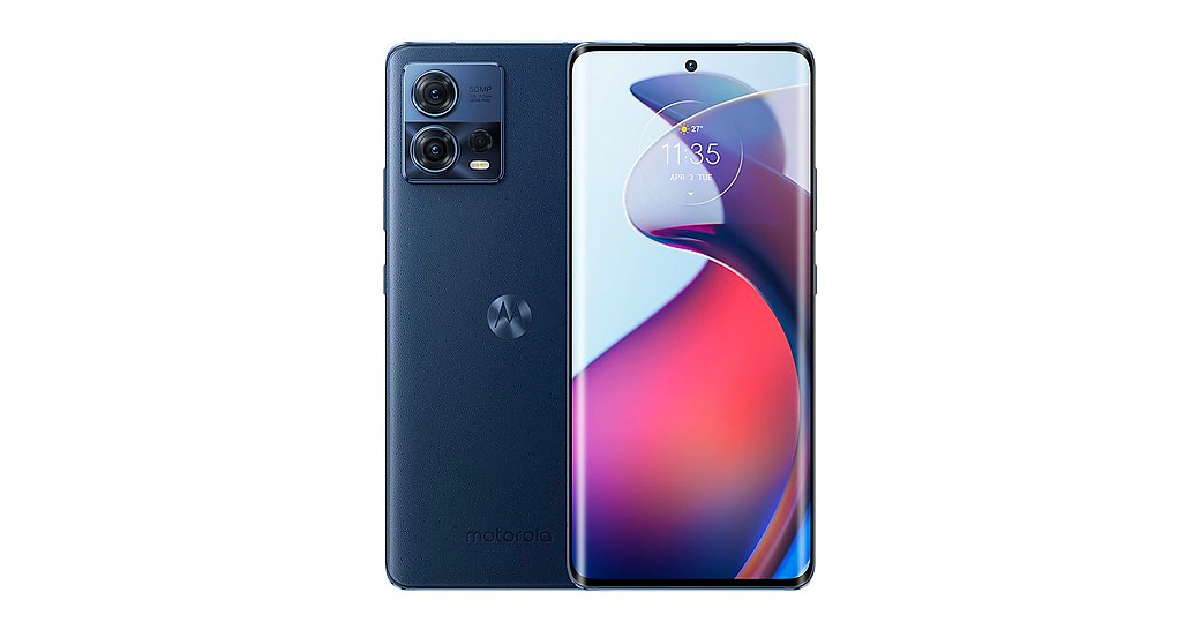 The Moto Edge 30 Fusion has a 4,400mAh battery that supports 68W fast charging. The phone comes with triple cameras on the back, with a 50-megapixel primary sensor, a 12-megapixel secondary lens, and a 2-megapixel depth sensor. There is an 8-megapixel camera on the front for selfies and video chats. 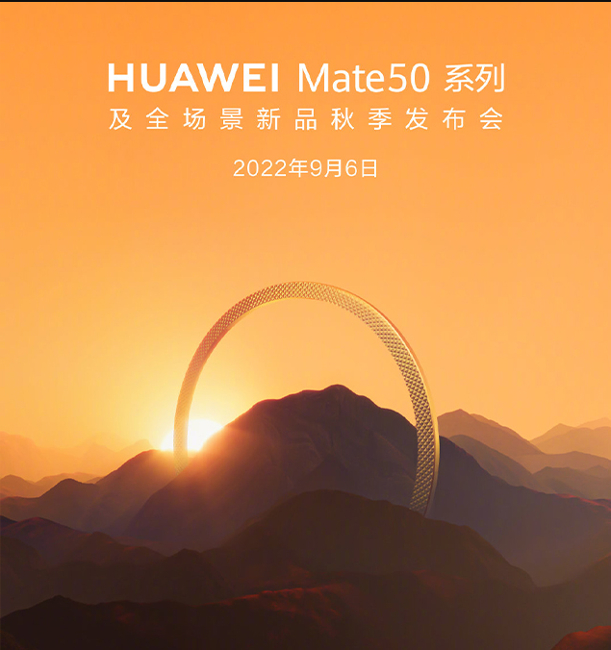 Huawei Mate 50 series will be presented on September 6. These will arrive as successors to the Huawei Mate 40 range from 2020 and should remain almost as familiar. The phones can run on the latest Harmony OS 3 that was recently revealed. Not much is known about the Mate 50 series but we can speculate that the cameras will be the main focus and may have a circular module on the back. They are confirmed to feature variable apertures for impressive results.

Huawei Mate 50 Pro is said to come with Quad-camera setup on the back, with a 50MP Sony IMX766 primary sensor, a 13MP ultrawide Sony IMX688 sensor, a 40MP black and white Sony IMX600 lens, and a 64MP 3.5x sensor. The cameras will rely on in-house XMAGE technology for image processing and will include a HiSilicon NPU.